It's that time of year when you just want to smell everything spice! This is a recipe that I adapted from my Triple Chocolate, Sour Cream, Cappuccino, Pound cake recipe, and I could not have done it without Katy Nott (member here) and her idea of using caramel milk.

Before getting started, for those in the USA, you will need to purchase a can of sweetened condensed milk and boil it (the whole can) in a pan of water that covers the entire can for 2-1/2 hours on a low simmer. Make sure the can is completely covered with water the whole time. This will caramelize the milk. Once it is done, let it sit out until it is cooled before opening the can. I used 1/2 cup of this for the inside of the cake batter, reserved about a tbsp. for the icing, and then used the remainder to spread between the split three layers of cake. Here is the recipe:

6 eggs separated and at room temperature

1/2 cup of the caramelized milk

Preheat the oven to 300 degrees. Whisk the flour, salt, soda, and all of the spices in a bowl, and set aside. In your mixer bowl, cream the butter and the sugars. Once creamed, add one egg yolk at a time and mix on low speed incorporating each yolk before adding the next. Keeping the mixer on your lowest speed, add the vanilla and the caramel milk. Still on low speed, alternate the flour mixture along with the sour cream. With a hand mixer, whip the egg whites until full, but not to a dry stage. Fold the egg whites into the main batter until thoroughly incorporated. Using three 8" round pans that have been prepared with cake release, pour the batter evenly between all 3 pans, and bake for approx. 45 minutes to an hour. Each oven is different, so check to see if it is done with a toothpick or a knife inserted in the center of each layer.

Once done, score around the edge of the cakes with a knife and allow to cool for approx. 10-15 minutes before turning out of the pan onto waxed paper to finish the cooling process. Once cooled, split each layer in two and using the remaining caramel milk, spread it on the 3 layers and then place the layers back together. To assemble the cake, I used a butter cream icing that was flavored with Lorrann's caramel flavor, real vanilla,  along with the remaining 1 tbsp. of caramel milk. I did this because I was afraid the color from the caramel milk would be too amber and I wanted more of an off white look to the icing. I then used this icing to smooth between the 3 layers, and also to cover the entire cake. So it ended up being caramel, icing, caramel, icing, caramel and then the whole cake being iced and decorated. It came out being a very dense cake and very good tasting!

You are welcome, Gail! 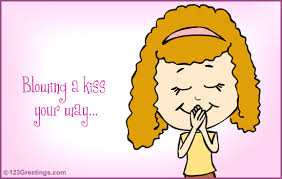 So I do have my uses after all!