Meet the Cakes We Bake Judges Marsha Winbeckler resides in Redding, California, and has been a cake decorator and instructor for over 30 years. She has won many awards for her work. She is the author of three books, Cocoa and Chocolate Painting, Wafer Paper Uses, and Decorating With Rolled Buttercream Icing, plus a candy DVD, Easy Chocolate Tempering
and Candy Coating Uses.

Marsha was also the editor of the ICES Newsletter for over 13 years and currently serves on the Editorial Board for American Cake Decorating Magazine.
Cake decorating is such an important part of her life that she even met her husband Roland at a Cake Decorators' Convention (ICES) in 1984.

Appearances on TV, including the Food Network and TLC's Ultimate Cake Off, and demonstrating at international cake decorator's conventions (ICES) are among highlights in Marsha's career.  Cake decorating has also taken her and Roland to Canada, Jamaica, Australia, and, in the near future, South Africa. Marsha and Roland own CakeSuppliesPlus.com--A-J Winbeckler Enterprises, through which they sell cake decorating and candy making supplies, teach decorating classes, and produce their books and DVDs. Marsha's other interests include computer technology; and when time permits, Marsha and Roland enjoy riding their Harley-Davidson motorcycles around beautiful Northern California. 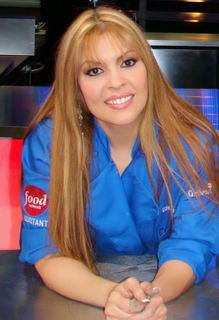 Edna de la Cruz has been interested in creating beautiful things with her hands all her life. She began as a Fashion Designer doing fashion shows in Central Florida.

Over ten years ago, she decided to try her hand at cake decorating.  She took basic classes with Wilton and fell in love with the art.  Edna worked at a custom cake shop as the Wedding Cake Designer. Some of her work and tutorials have been featured in magazines like Cake Central Magazine and American Cake Decorating Magazine.  Today, she not only designs Wedding Cakes, but she teaches both through her instructional DVDs and in classrooms throughout the country.
Edna has been invited to be a judge at different Cake Competitions including the prestigious Oklahoma State Sugar Art Show (OSSAS) run by the famous Kerry VIncent. You can see examples of her work,  free tutorials and find her DVD's at her website Design Me A Cake. Edna recently was recently filmed for an episode of the Food Network's "Challenge." Stay tuned for more details on air dates.

Christina attended New York Restaurant School in Manhattan where she graduated at the top of her class and went on to do her externship with Chef Francois Payard at “Restaurant Daniel”. Christina honed her skills within the family business and went on to study under The Great Nicholas Lodge as well as Chef Andre Raynard and Colette Peters.

Christina has been teaching Cake design and sugar art for 16 years as well as designing beautiful cakes for her clients specializing in cake sculpting and Gumpaste flowers.

In the last 3 years Christina has appeared on numerous Food Network Cake Challenges as well as assisting on “Last Cake Standing” and placing in many cake competitions. She has also appeared on “My Fair Weddings” with David Tutera and her cake inspired by The Royal Wedding appeared on The Rachel Ray Show. 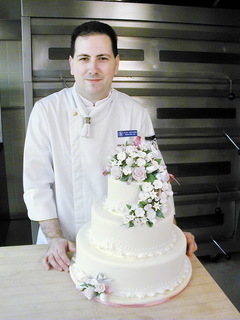 Alex Molnar began his career in the theatre as a light designer & technician, for which he holds a BFA.  Ten years later, he returned to school, graduating from  Johnson & Wales in Providence with an AS &  BS in Baking & Pastry.  He studied under Felicia Prichett and has taken classes with Pat Trunkfield.

Alex learned to make gum paste filler flowers from his mother in the early 70's as a way to keep him occupied while she made wedding cakes.  His love for cooking and baking began when he "realized" chocolate was a food group. He spent several years in Belgium and Germany working as a Pastry Chef, Chocolatier, and Cake Decorator in Hotels, Pastry Shops & Cafes. He has also worked as a pastry chef in top restaurants in Boston MA, Ft. Myers & Naples, FL.   Alex has been the Pastry Chef for a 3-1/2 star restaurant, run a pastry shop, and has taught classes and ran his own wedding cake business. His wife is the owner of A&H Cake Design cake decorating supply store. 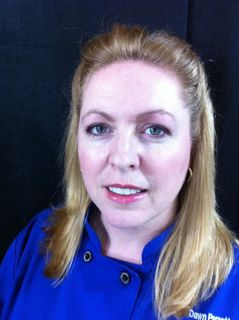 Dawn Parrott is a certified Pastry Chef and accomplished award winning cake designer living in Houston TX. Her inspiration came at a young age when she watched her dad make incredible cakes for family and friends. Dawn has won awards around the country and teaches sugar arts at the highest level.

In 2010 Dawn earned the title master sugar artist by placing 5th at the Tulsa Oklahoma State Sugar Art Show (OSSAS) in the Wedding division. Her award winning designs have been featured numerous times in different cake, baking magazines and books across the US and Internationally. Dawn has appeared on television The Food Network Challenge in 2009 and 2010 called Paranormal Cakes and Stand Up Comedy Cakes. Dawn’s favorite medium is working with royal icing.

Permalink Reply by Stampinsher on June 3, 2011 at 7:13pm
This is an amazing post and I certainly do appreciate!  Thank you!!!!  Thank you to all of the judges and as it says we will learn the other judges in the future.  Great job!  GREAT PICTURES and Bio's.

I follow these two ladies all the time, great choice of judges, such talent. Love this post.

Permalink Reply by Tracy Lynn Buttermore on June 4, 2011 at 7:58pm
I admire both of these ladies..thanks for sharing this :)

Permalink Reply by pamlstano on June 14, 2011 at 2:37am
Above both the ladies are really gorgeous and talented. I refer their work all the time. They are doing really great job..
Kitchens

What a delightful set of judges and now we have four that have been introduced to us.  There are more to come and I'm extremely pleased to find out.  Really enjoying the bio's of these most talented cakers.  Thank you all for wanting to join our group and participate!  It is a pleasure to know we are lucky enough to have all of you.

Thanks for keeping us informed.

Permalink Reply by Michelle Johnson on December 6, 2011 at 6:47pm
Ok so I am pretty new here and everyday I look to read something new, you know explore a little well I just saw the profiles and pic of the judges and I got star struck. Sounds so weird I know but I have seen their work here and there and have always looked up to them now here they are. Very cool.. Very cool site! What an awesome bunch of people. Way to go cakeswebake !