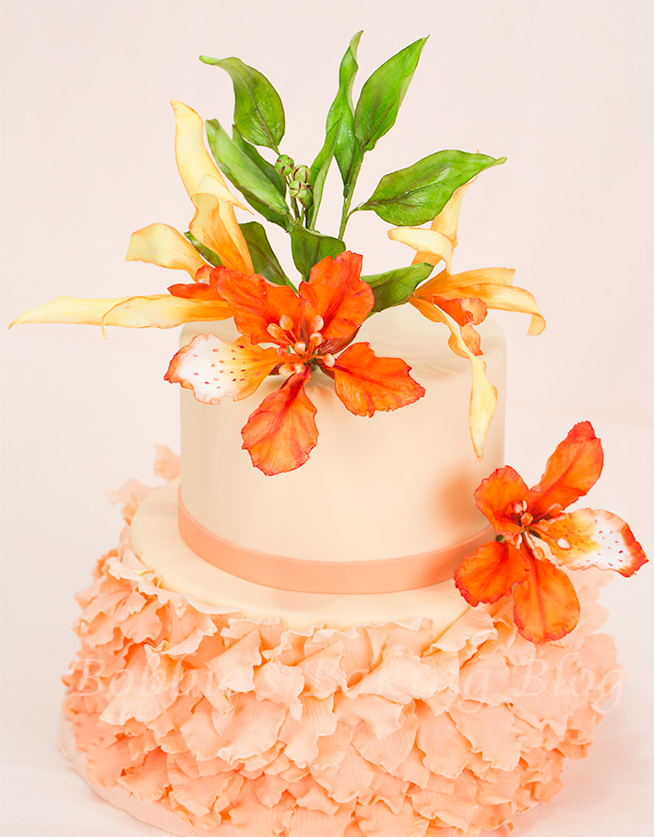 While Sydney was home  this past weekend, for a VERY short time, we visited the Botanical gardens. As we walked around the flowers and greenery I saw a Flamboyant Mayflower and  became mesmerized by it’s beauty! The Flamboyant Mayflower is known for its flamboyant display of flowers. In many tropical parts of the world it is grown as an ornamental tree and in… Peonies are one of my favorite flowers, we have had them adorn our landscaping for almost 22 years; I remember planting our first peony plant with Sydney (she was almost two) and it just happened to be Mother’s Day. As I was covering the the second cake Sydney came through the door ready for 10 days of fun (she is spending the summer in DC). I had originally… 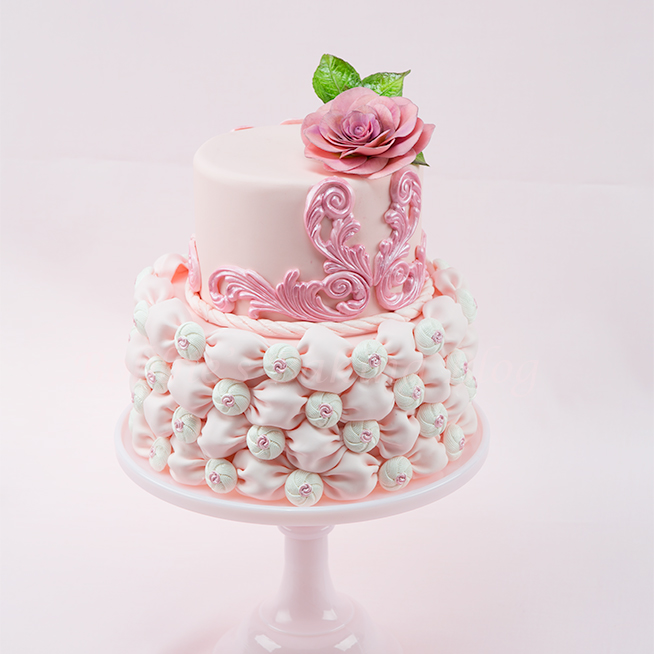 I posted  a few days ago Sydney will be turning 21, and I am creating a few different cakes for her to choose from for her party. This is the first cake for her to view. This cake is a billow weave, Susan Trianos has a wonderful video explaining how she creates a wonderful tufted billow weave cake. The first time I saw the billow weave I thought of… 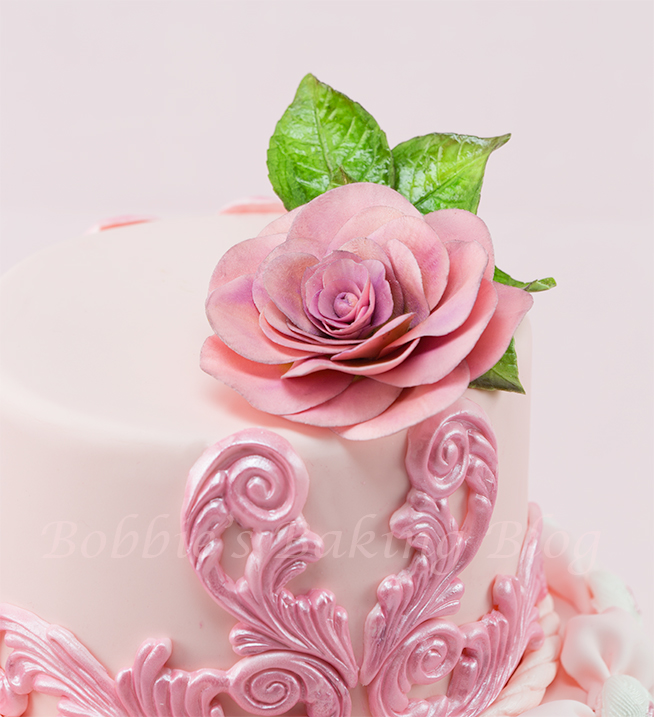 I love a full open rose sitting on top of a cake. It is a simple touch of elegance. I had planned on designing a few cakes for Sydney to choose from for 21st birthday party. The first element I need is for her to choose from is the type of topper; she is leaning towards  a flower. She wanted to see a few different types, last year we designed Butterfly…

Haven't been on in a while, have been away on holiday in Vegas. Had a lovely time. Shall catch up with your creations I have missed.

I'm not sure if anyone is interested in this but I made a banana cake that everyone raved about.  It is very moist.  Here is the link to the recipe:  http://dessert.food.com/recipe/best-ever-banana-cake-with-cream-cheese-frosting-67256.

I filled it with chocolate ruffle filling and used chocolate Swiss Meringue Buttercream. 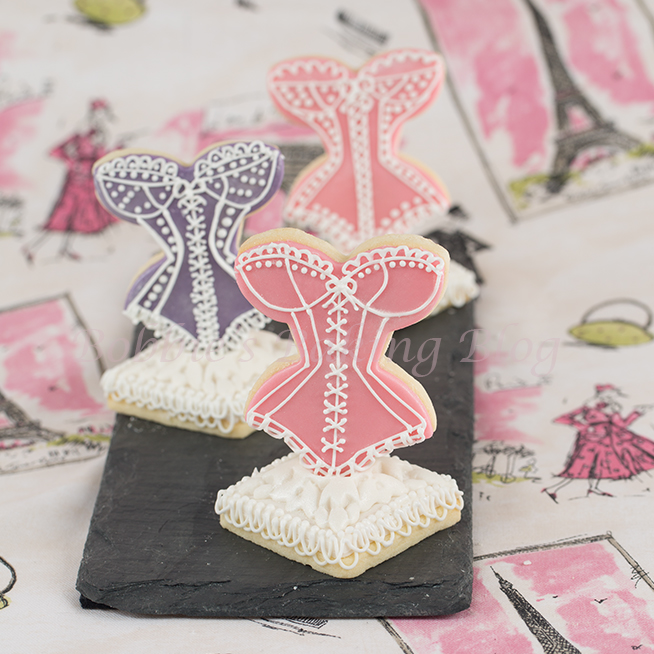 I was organizing my cookie cutters, and I came across a beautiful copper corset cookie cutter Sydney had given last summer. I couldn’t believe I had not used it yet. Since Sydney loves fondant I covered them in strawberry flavored and mocha-cinnamon fondant, from Fondarific. The decorative details are piped in royal icing. While  Sydney and I were FaceTiming she… 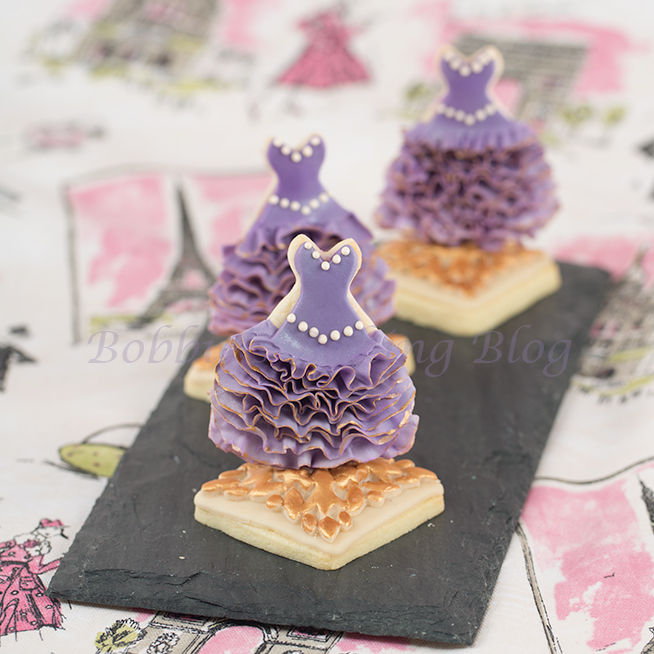 I have been watching General Hospital for 48 of the 50 years it has aired on ABC, my grandma and I would await for every new adventure each day at 2:00 pm CT. I skipped school on November 17th 1981 to watch Luke and Laura”s wedding, I actually missed a few more days leading up to the event. I cried in 1994 when Maxie Jones needed a heart transplant; her… 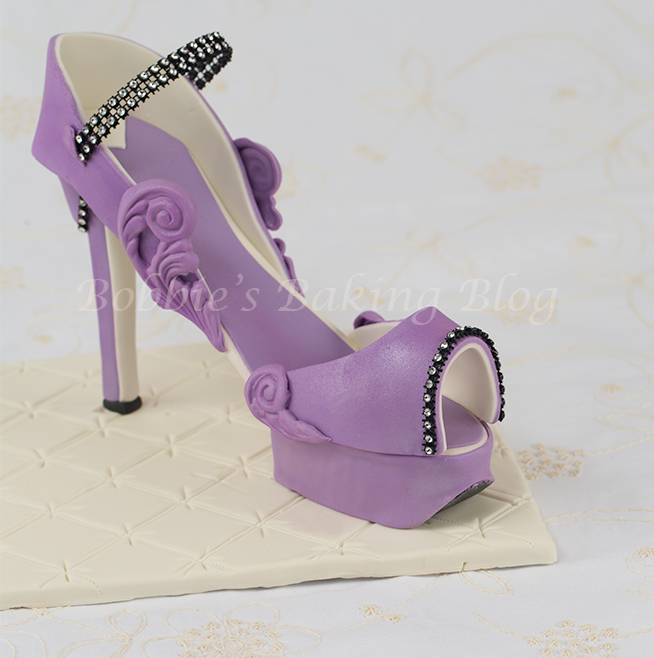 Shoes are the number one accessory; women brag about how many pairs of shoes they have in their closet. Mariah Carey had Mario Buatta designed an elegant space with gold-leaf and bleached-wood floors for her stilettos. Although my husband has to share his closet with my left over shoes I do not have a special built room just for my shoes, I would not… 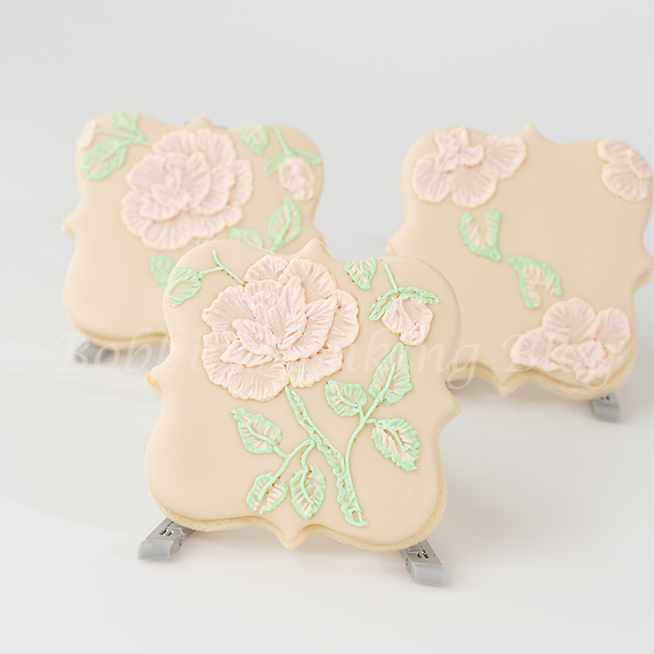 I was showing Sydney a two tone royal icing brush embroidery (that is a mouthful), and she thought the cookies would be a wonderful dessert to create for Mother’s Day. I must say I agree,  the cookies would look exquisite in a clear top box with a blush pink ribbon. In fact I am planning on remaking the exact… 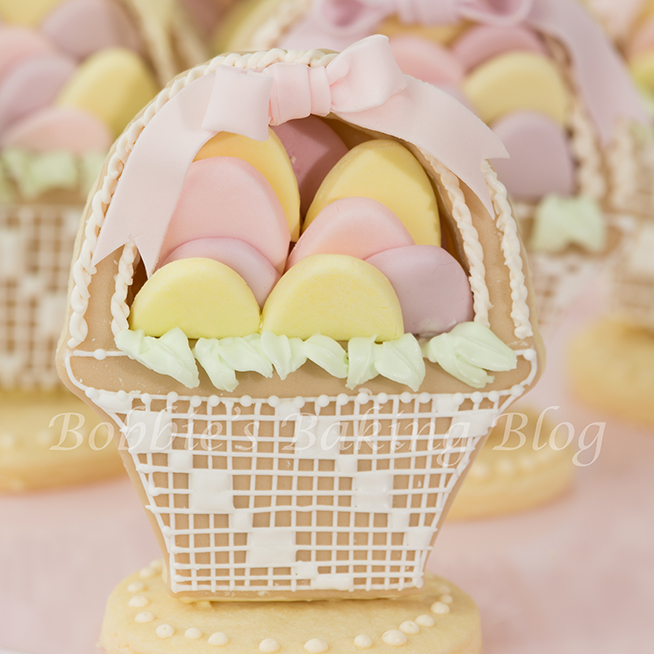 It was wonderful having Sydney baking and decorating with me this past week, however I admit saying goodbye has become harder as she visits more often. I began realizing our relationship will be a series of visits and goodbyes. She loves living in D.C. and will probably go to graduate school at George Washington University. I am happy to see her become a…

I have just added a post to my CreativeDesignsforCakes blog. This is a bonus chapter to the book that accompanies the Silhouette Cameo and accessory package we sell. This is an overview on creating a cake wrap. Here are a few examples of cakes made using this new technique. http://www.creativedesignsforcakes.blogspot.com 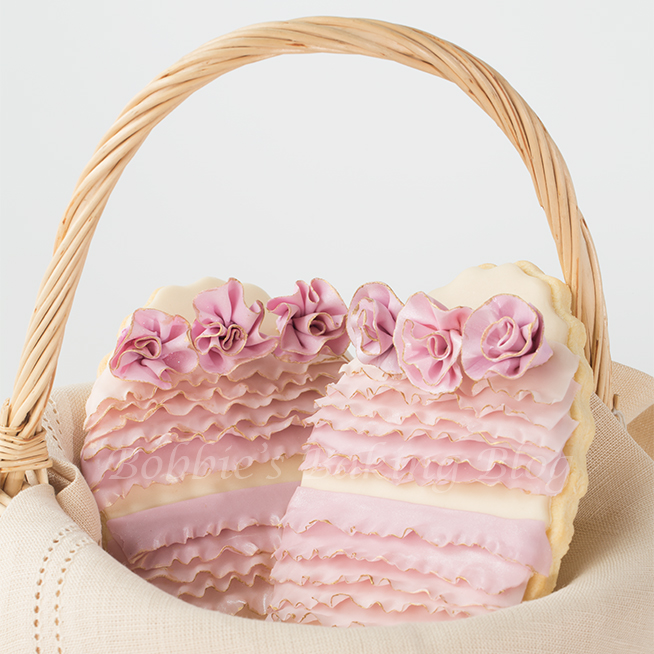 The Luck of the Irish, Crème de Menthe Cupcakes 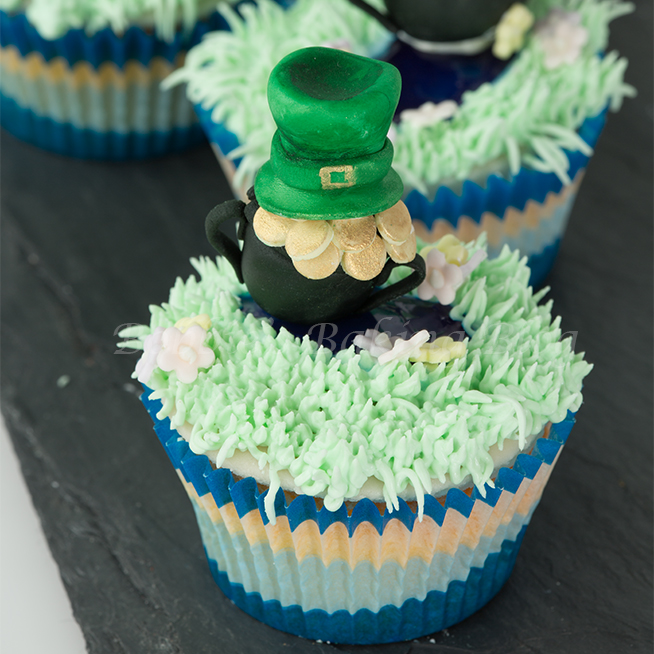 DF asked me to bake cupcakes for the women in human resources (to thank them). With St. Patrick’s Day around the corner I thought they should be decorated for the occasion. I was inspired by, of all things, a 21 century insurance…

“In your Easter Bonnet with all The Frills Upon it” 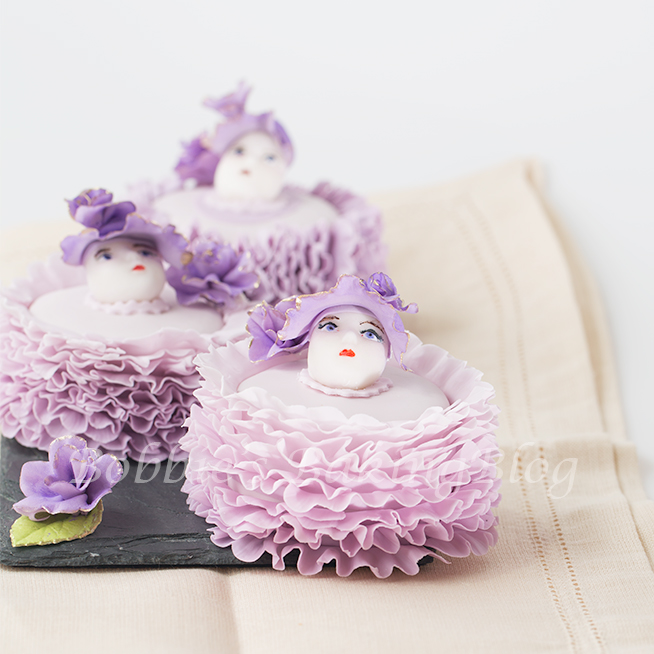 I have had a love for Judy Garland since I was a little girl; my father introduced me to The Wizard of Oz when I was two. From that moment on, I watched every Judy Garland movie I could find. I still can recall the first time I saw Judy Garland and Fred Astaire dancing and singing to classics like “We’re a Couple Swells”, “Drum Crazy”, and of course “Easter… 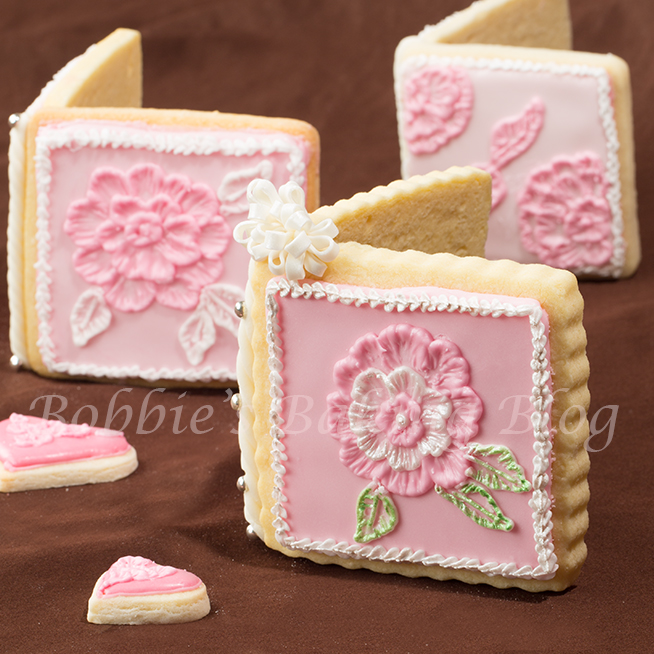 Every year D.F. romantically buys a dozen roses and chooses a card in which he meticulously underlines the words he feels is a representations of his feelings for me. He buys Sydney sweet cards for an daughter and 2 roses as well. This year I thought I would create an edible Valentine’s card for him, and  for Sydney (I am sending most of the cookie cards to her &… 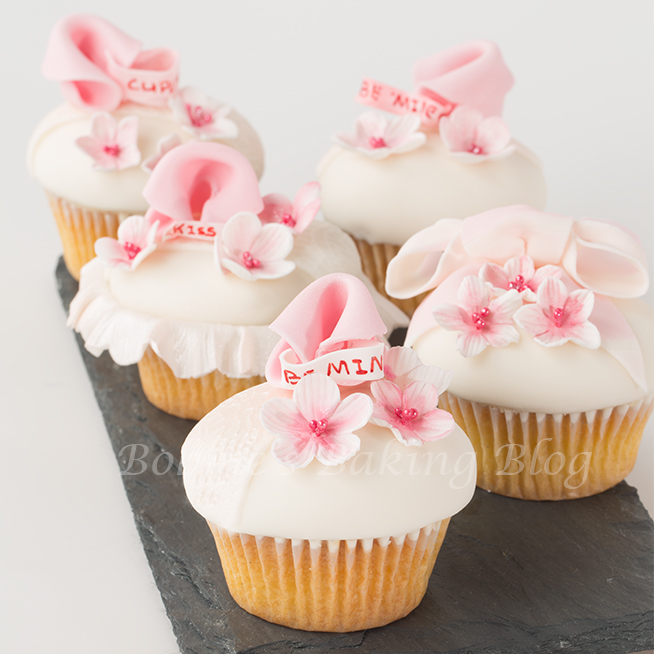 How fun to adorn cupcakes with fondant fortune cookies with a personalized message; adding gumpaste cherry blossom flowers for a romantic touch! 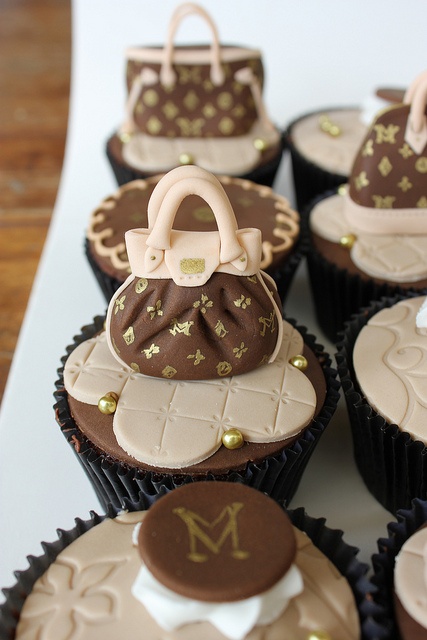 A lot of people often ask me how I make my sugar sculptures and sculpted cakes. For my most recent cake I went ahead and took pictures of my Jack Frost sculpture progress.

I posted all the making of pictures here:…

It is such a great honor to be featured  in such an esteemed bakers blog.

What a great person she must be, to give people such as myself an opportunity to showcase our work.