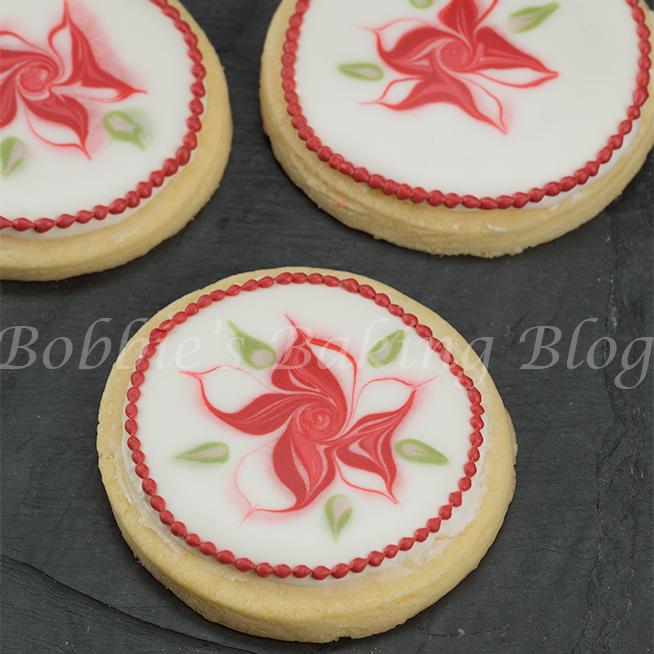 I wanted to share a quick royal icing technique, wet on wet. Wet on wet  is a method of using a royal icing constancy of 10-12 seconds to top outline, coat, and decorate your cookies  in a few minutes. For the poinsettia cookie above it literally took me 3.5 minutes to outline, cover, and decorate. Once the wet on wet method was finished I allowed the sugar… 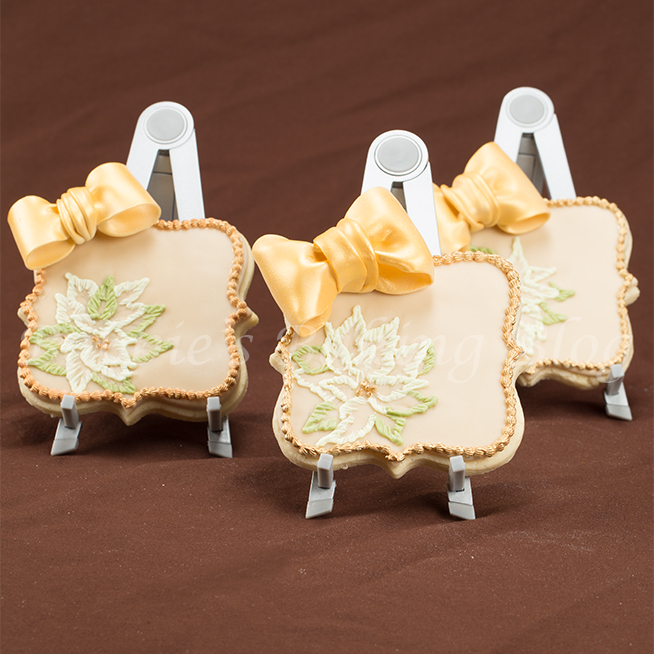 Chocolate Banana Cake is a delicious cake that needs no frosting. A very moist cake is a great dessert. Whip this up for your next dinner party. 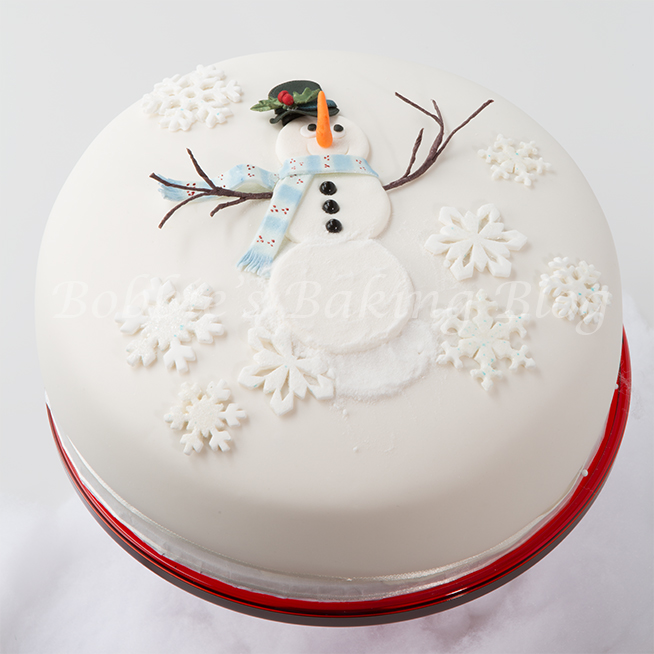 With the holiday season approaching (quite fast) I thought it might be fun to share a tutorial on a sugar snowman cake. I was inspired by Alan Dunn’s  Christmas Cakes (a perfect gift for any cake enthusiast). I knew the cake would be a fun project, but I must admit I was caught off guard at the amount of excitement that came over me as I began…

I wanted to create cornucopia sugar cookies for edible place cards on our Thanksgiving table; only I found I did not own a cornucopia cookie cutter. I wasn’t going to let that stop me I went into my… 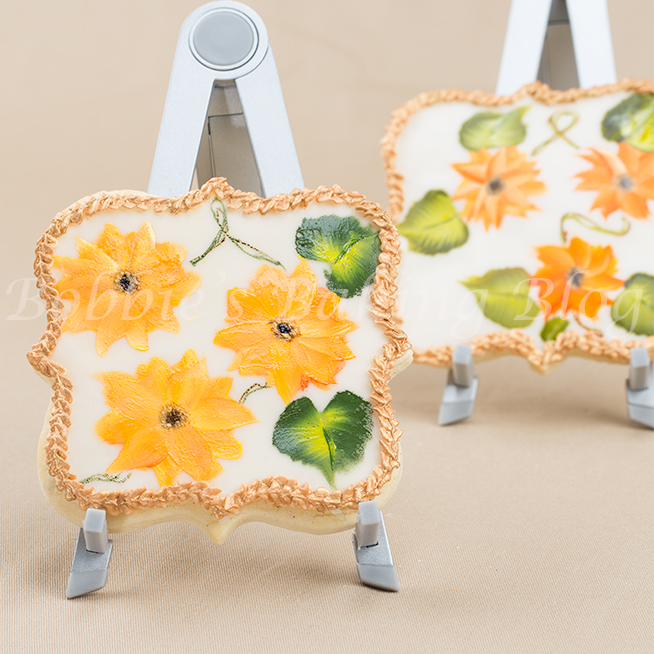 After spending the day at the arboretum picking out the perfect pumpkins and looking at the golden sunflowers I decided to bake up a batch of  sugar cookies and paint them with sunflowers and sunflower leaves. Lately, my attention has turned toward edible painting on cakes and cookies. I use a one stroke method to paint most of my designs. One stroke painting…

Here are some of the Cakes We Bake staff's favorite Halloween cakes made by members. Some are scary, some are cute and others just plain o'l gross. We hope you enjoy them :D

My name is Gen, and my best friend (Leigh) and I started Simply D.Licious! in June 2012.

We are blessed - there is no doubt. Business is good and we have fantastic clients. We have also become involved with charity work (cupcake style :-) which is great.

We recently completed our biggest undertaking to date which was 1000 cupcakes for National Cupcake Day (held on 28 September 2013 in South Africa), the funds going to… 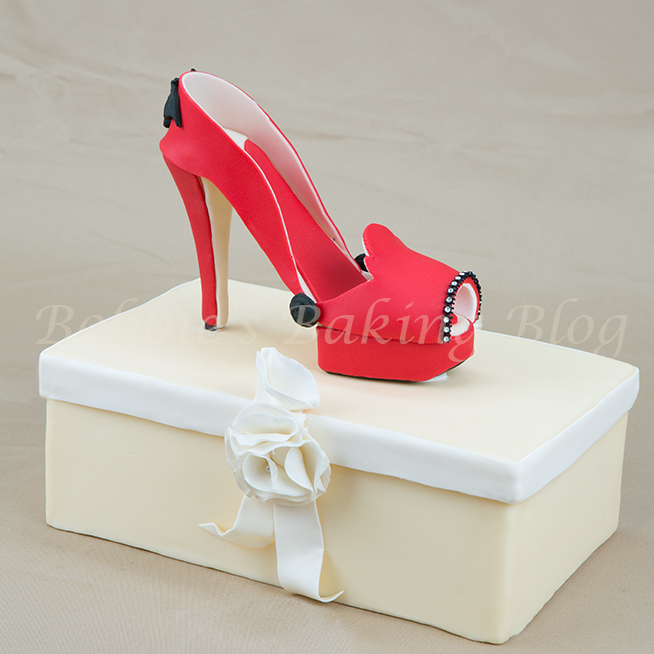 I have been blessed with so many of my readers enjoying my Purple Passion Fondant High Heel Shoe tutorial and requesting if I would create a video. I have put this video tutorial together, with the help of both Sydney and D.F. With Halloween upon us I thought it would be fun to to create a Halloween platform stiletto, the toe piece is a bat and the heel has a… 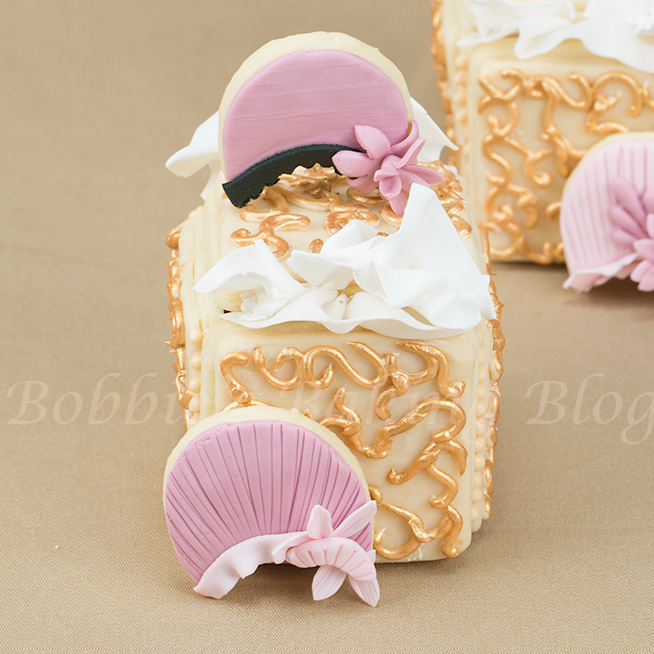 This is part two of the Fashion Inspired Fondant: Great Gatsby Hat.. The royal Icing filigree hatbox. You will need five sugar cookie squares 2-1/2 by 2-1/2 for each hat.

As I mention in the Great Gatsby hat post the sugar… DF has been going through pound cake withdrawal, as you know from reading past posts DF, my husband, LOVES my pound cake flavor combinations. He was used to having  a different flavored pound cake every other week (he would have a piece for breakfast each morning), until Sydney left for GW. Sydney and I would bake her brioche cinnamon rolls and DF’s pound cake…

Next week, I will be live streaming different demonstrations and show highlights from the ICES Convention in Lexington, KY.

There will be something different every day. I have never done this before, so I'm apologizing in advance for possibly tripping people, filming the back of people's heads, etc. It's best I keep my day job. But, I just wanted to let people who don't go to ICES to be able to experience a bit of it from home.

If you are going to ICES, please stop by the Icing… If you are looking for truly comprehensive fondant class but don't have the time or money to attend one, you'll be pleasantly surprised how much you can learn from taking Marsha Winbeckler’s Fondant Ruffles, Pleats, and Drapes  class offered by… 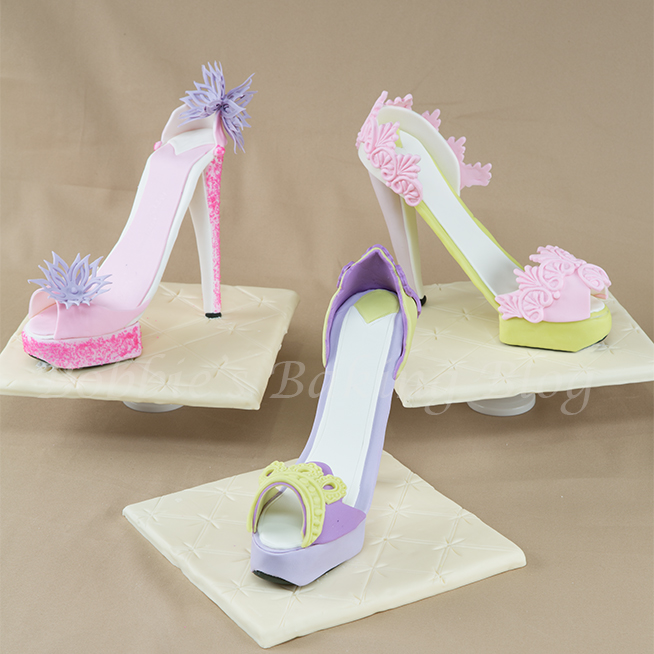 Sydney flew home this paste weekend to help teach a platform shoe class on Friday and demo how to create a sugar paste/ fondant shoe. We hadn’t had the opportunity to work  together since spring break; it was wonderful to create the shoes with her. I had already prepared the pink designer sugar paste heel prior to her arrival the other two we created as we… 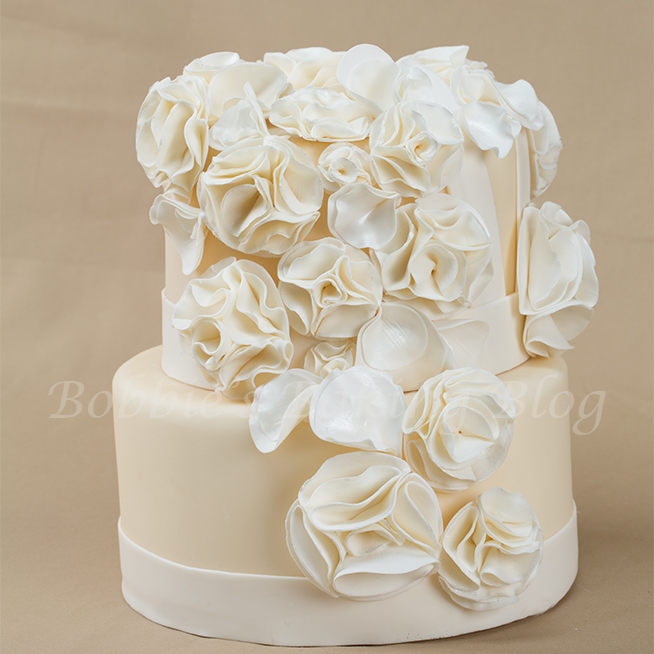 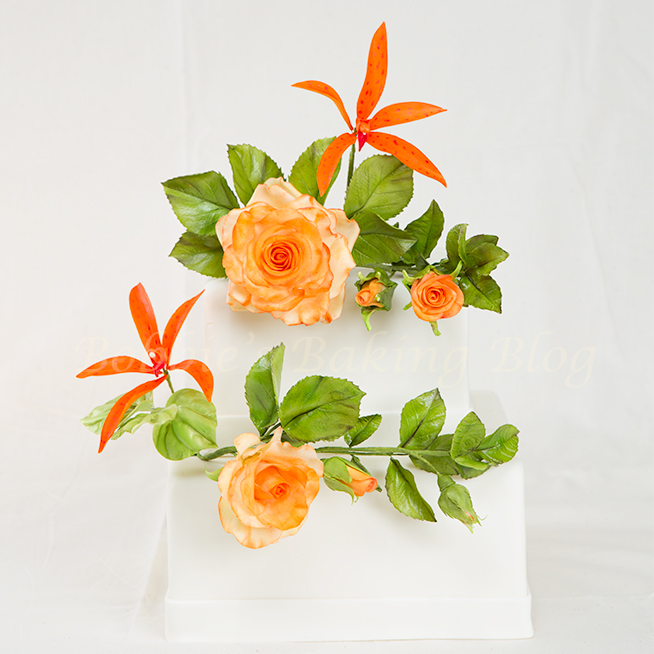 Sydney has been asking me if we could create a sugarpaste full blown rose spray for a cake for sometime now. I figured with Roses being June’s flower now would be perfect. I based the roses for this cake after the Glowing Peace Rose, named after its grandparent Peace, the world’s most renowned rose. The Glowing Peace combines timeless beauty with a modern…

Most of us are accustomed to using an embossed rolling pin to add texture to the outside of a fondant cake. The drawbacks of doing this are sometimes the fondant decides to stretch on you. Other times, you have a favorite rolling pin that is just too small to cover a large area of fondant. Any way you slice it, it's time consuming. So, here's a new option you can do now with icing sheets that is so darn fast and easy. The benefit is you don't have to worry about stretching when you lift it,…

How to Create Sugar Paste Tuberoses 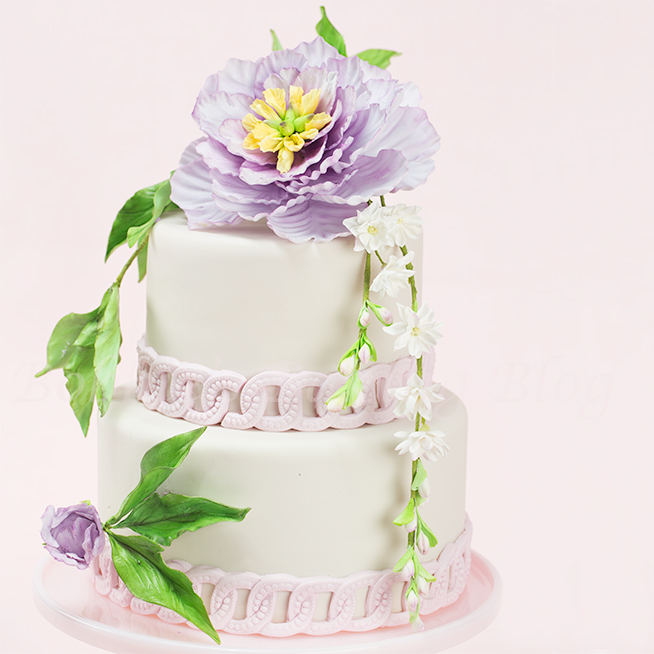 About two weeks past, I posted a tutorial on how to create an open sugar paste Peony, since then I have had serval requests asking how to create the Tuberose in the peony spray. I chose Tuberoses for their dainty appearance, and the Tuberose is a flower that is both mythical and magical, its nectar  is said to have special powers and its scent is magical to…

Have been going since 7am this morning. An hour and a half round trip to go to cakes around town and pick up a EXcel board, my new favorite thing in the whole world. Makes flower making so much easier, I now have 5 orchids wired and drying. Now on to rolling cake pops, which I have found out don't really like them that much :) Have been so involved in it all this morning that I almost forgot to eat. So am sitting at the moment having a little kip before I get back into it :)

How to Create Sugar Paste Pansy Pansies are vibrant, breathe taking, fragrant, edible, bloom and the flower most people take for granite. The pansy is linked forever to the viola, its ancestor, violas includes both pansies and violets, violets most loved for their perkiness and the their pretty perfume aroma. Pansy flowers are single with five petals that are rounded in shape, and have one…