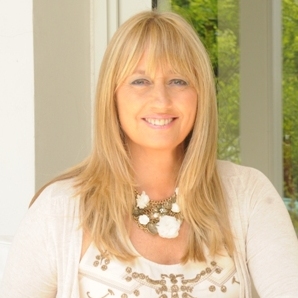 Herminia Devoto has not received any gifts yet

Are you a professional cake decorator?
No

How did you hear about us?
Friend

Who is Herminia Devoto?

Herminia Devoto is an Argentine TV producer and host. For over 20 years she has been communicating arts and crafts on  television, print media and Internet. Together, with her daughter Paula Domenech, they created an innovative and dynamic TV series, called Celebraciones en Famila (Family Celebrations) very successfully broadcasted in América.

The show airs on the Pan Regional Channel, Casa Club TV - MGM Networks Latin America, reaching 18 countries and 20 million of viewers eager to learn and keep up with today’s trends. Herminia and Paula know that the most important is to celebrate together as a family. The show celebrates special occasions, featuring beautiful themed tables, teaching how to decorate cakes, cupcakes, cookies and more.

They had recently presented a new show from ICES 2011!