Enter your topsy turvy cake by December 1st for a chance to win. 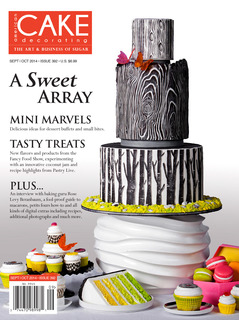 American Cake Decorating is a bi-monthly national publication bringing new ideas, techniques and inspiration to our readers. Each issue features step-by-step tutorials, themed showcases, new product information and more. As an industry that thrives on sharing, ACD inspires creativity by giving all its readers access to top-level talents from around the world.

Winners to be featured in American Cake Decorating's Slice Newsletter and considered for inclusion in print magazine.

All items for decorating need to be made from an edible material other than a dummy as the base of the cake.

Only one entry per person, and only one photograph allowed to be submitted per person.

Your cake must have a title, a descriptive caption stating what methods were used, and what materials were used for the decorating, and the tag number TOPSY14.

You may not have any previous ‘favorites’ already on the photo used for the contest.

Do NOT place the tag number in the title of your cake, and Do NOT place the letter F with your tag number. This is something that the moderators do in order to ‘Feature’ your photo in the contest, and if you place this along with the tag number, it could be ‘assumed by the ‘moderators’ that your picture has already been featured and you could miss out on the contest. The letter in itself only lets the moderators know that we have done the proper steps in adding your photo, and is a clue to the other moderators that a picture has already been Featured.

Entries must be uploaded by midnight EST on December 1st.  Voting ends at 11pm EST on December 5th. The top ten cakes will be determined by the number of people selecting it as their favorite with the favorite button.   Winners will be announced on December 21st.

Read through all of the rules carefully. If any field has not met the criteria of the rules, your cake will not be entered into the contest. If you notice that your cake has not been featured within a few days after submission, go back and reread the rules again and make sure that you have followed the rules properly. Make any corrections needed at that time. If you  are unsure of anything, add a comment onto this discussion and one of the moderators will see it and respond. 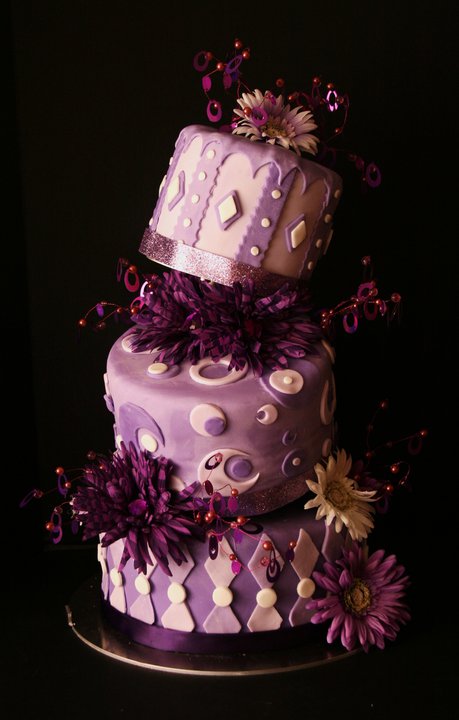 3 cakes all fondant covered embellished with fondant cut circles, diamonds and dots.  Such fun to use all the geometric shapes!

Hi Ann.  Sorry, this is not the place to post your entry.  I would have done it for you, but as the photo is not in your profile, I can't.

Here is what you need to do.  Upload your photo into your page, add your title and description and put TOPSY14 in the tag field.  We can then feature it and add it to the entries.  Come back to me if you have any problems.  Admin.

Permalink Reply by Adriana D'Albora on November 11, 2014 at 5:25pm
Hi, I can't find where to post my tipsy curvy cake for the contest. Can you help me please?

Hi Adriana,  In order to enter the contest, you click on the add content tab.  One of the choice is cake photos.  When you upload the photo, you will be given the option to add a title, a description and a tag.  In the tag field, you add topsy 14 so that we know you want to enter the photo in the contest.

Hi, I can't find where to post my tipsy curvy cake for the contest. Can you help me please?