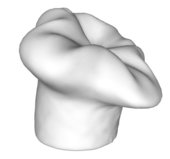 Anyone have any tips for making gumpaste/fondant people?? I have tried and tried and they always look WIERD!! Help help!! Lol

You haven't actually said what was weird about your figures so I'm just going to go over all the basics.

Thank you Bettina!!! Those figures are very helpful!! And lets see where to begin...the weirdness...lol Well..once i start a face i think it looks nice and by the time i finish i hate it...i feel like the face lacks structure...cheekbones or its too round..and ive tried about 5 different ways to do the eyes and none of them seem to suite me...it is probably just going to take lots and lots of practice, i am aware of this..i just thought some of the experts on this great site may have some pointers for us newbies...oh and Bettina do you use a round form to hold your head as you shape the face?? I dont have one of those and i always think my head is shaped funny...lol thanks for showing me your boneless arms, that totally looks like something i would do..and my figures often have large  hand syndrome...LOL Thanks again!!

hi Rachel - I tried my hand in creating tinker bell the first one reminded me of the Olga lol and had no choice to use the second one on the cake, oh my what a ... lol, I then had to remind myself what my sis told me, when you are creating a piece of art, it doesn't need to look like the right person, object or whatever  because its what you see that counts ... or something along those lines. Anyhow I see if I can find my tinkerbell lol 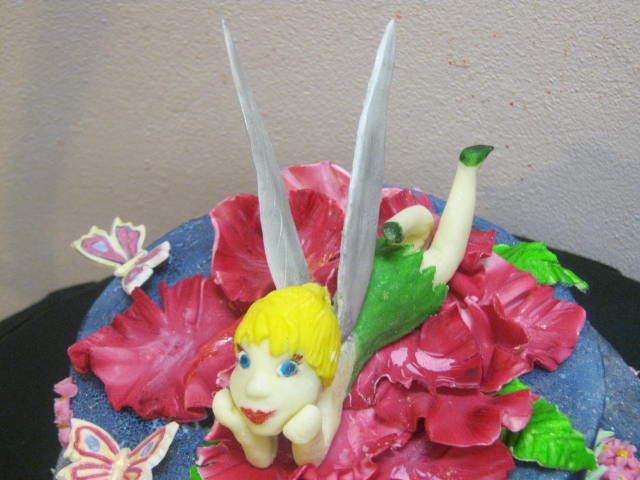 Bettina - you really are a mine of information, so thanks from me too.  I couldn't help on this one, but wanted to follow it to see what other members came up with.

Aw thanks. I'm actually writing a workshop on this very topic, so I had already done diagrams and have examples of does and don'ts, including some of my own blunders.
If you look at some of the cake decorating books from the 50's, 60's, 70's and early 80's, the figures in them are awful by today's standards. They don't have 'movement' and they are posed awkwardly, and have that 'deer in the headlights' look. In fact some of them look like those creepy porcelain dolls that look like they're just biding their time, taking names and keeping score and then when you turn off the lights, they're going to come after you......er.....or is that just me? LOL
They were, of course top of the line at the time or they wouldn't have been featured in those books. People will go WOW because you have made something out of edible stuff, but it doesn't necessarily follow that you did it well. Just because it is edible, doesn't make it incredible.

If you make eyes you HAVE to have a pupil or it just looks wrong. The only exception to that rule is when the whole eye is black like a button for a rag doll or when you are simply using black and nothing else. But when you have chosen a coloured iris you have to have a black pupil.
Just look at Taina's Tinkerbell. Her eyes are looking at you. The pupils aren't just sitting right in the middle of her iris. She looks cheeky. She has personality.
If you are going to have figures on your cake MAKE THEM LOOK AT SOMETHING! Even if it is simply looking at you! Remember also, that most cakes will be viewed from slightly above so make sure you figures are looking up at you.
Also, say you have made a figure that is holding a bird, make sure that your person is LOOKING and/or facing the bird they are holding, otherwise what was the point and you're back to awkward again.
There again if they are holding something ( a cup, a broom, an axe with a homicidal glint in their eyes......ah no that's me again.....) MAKE them HOLD IT! WRAP the hand around the item.

I have seen a lot of gumpaste people that just blow me away - Maisie Parish and Frances McNaughton, Debbie Brown and Marcela Sanchez are some that spring to mind.
If you get a change to have a look at any of the polymer clay magazines from South America - Fria Porcelaina is one, or the incredible Decoracion de Tortas - do so. Even though these are in Spainish, the photos are so thorough you can follow the instructions easily!
There are also a plethora of books about modeling with polymerclay, the basic principles of which can be easily transferred to gumpaste.
I'd love to give you some examples of does and don't but I don't want to upset the poor souls that breathed life into the fondant dolls from hell ( who are probably watching me right now! A red hot fire of revenge burning within their little gumpaste bodies, waiting for that moment when they can climb down off the cake and.......ahem....). I know that everyone has to start somewhere, but a quick troll around the internet will bring to life those that 'pop' and those that miss the mark sometimes but light years. We all have different abilities and levels, but if you have the basics to work with from the start we can win this war against the gumpaste gargoyles....mwahahahahahahahahaha......cough cough cough hack.....no I'm ok now...honestly.....

Rachel if you're having trouble with your head being too soft, you made need to add a little more tylose to  it to make it a bit more solid. Another thing you can do to make a head is to take a small styrofoam ball and a ball of about the same size of gumpaste; push the styrofoam ball into the gumpaste ball and gently cover it with the gumpaste. Push a cocktail stick into it and gently pull some of the gumpaste downwards to cover the stick and make a neck. This way you don't handle the head as much and you can retain the shape better. Then add features as you would normally.
WIth eyes, I have also used the end of a straw pushed into the face. This gives you a socket definition. I then just paint these white, let it dry then add the coloured iris, let dry, then the pupil. You need a very fine set of brushes and I have brushes that I have removed all but a few strands so I can paint eyelashes without making them look like Amy WInehouse, which isn't a good look when you're making a man!
I don't even try to paint irises anymore. WHAT are you talking about your say? Have the gumpaste dolls got to you already? No what I use is the end of the handle NOT the brush itself. If you dob it into your colour then gently apply it to the eye you get an almost perfect iris. Don't push the end of the handle into the eye, you just need to 'kiss' it. The same for the pupil and the white 'catch lights'. Catch lights are the little flecks of white you see featured in cutsie poo animal and manga cartoons. This is without the catch lights. 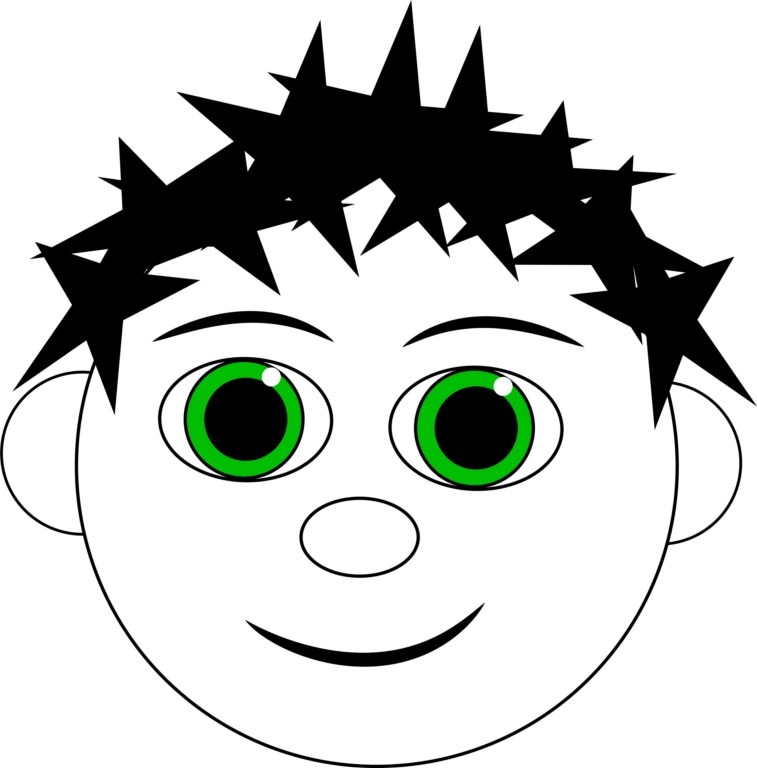 And this is with catch lights.
They make the eyes look alive and wet. You can use the handle of brushes, the end of a cocktail stick or anything else that you can simply dob into your colour and apply a small dob of colour.
What's that? I thought I heard the rustle of a fondant petticoat...........

Definitely saving this in favorites for future reference.

Isn't it amazing how those catch lights change something from a homicidal maniac from a horror film into a cute little chap?  No Bettina, it's not just you - you are just too funny for words.....

Anyone remember that film about the ventriloquist dummy absolutely yonks ago - I think it was called MAGIC?

I can't stand those dummy's they creep me out, a bit like the Victorian porcelain dolls. Hmmm, Katy, now I can't stop thinking about Chucky as well!!

Bettina your are hillarious...lots to learn in this post....great job!

Thanks Teneisha, and thanks Rachel for starting it all. LOL